ExpatTech is currently short-staffed due to increased corporate on-site work, and our office will often be closed. Please call +36705578849 to arrange an appointment time!
Home

If you are reading this page, chances are you are looking for help because your computer is infected with some form of virus or malware, including very dangerous Rootkits, Trojans, Worms, and Spyware. At ExpatTech we offer a wide variety of malware, virus and spyware removal related services and solutions. If you're looking for effective malware, virus and spyware removal services in the Budapest area or in Hungary, please read on for further information, and feel free to contact us for help. We can clean your computer up and get it working again! 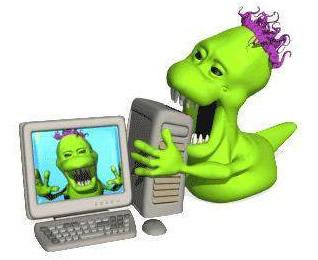 In today's highly connected world, the internet has become the most important and frequently used method of communication in people's lives. As more and more services are offered online, we have become increasingly dependent both on the internet and on our computers for work, entertainment and leisure. When something goes wrong with our computer we are in trouble! And one of the most common issues today is infection by some form of malware.

As the internet has developed and competition has increased, more and more products are available for free downloads, and computer user's have become very used to clicking on and downloading files and software from unknown locations. Added to this has been the prolification of peer-to-peer file sharing services such as Limewire, or downloading files using bitTorrents. These services effectively provide direct links between users computers, and have become one of the most common sources of infections by a variety of Malware. See below for descriptions of Malware, Computer Viruses, and Spyware.

In fact, a study from virus protection software producer Symantec published in 2009 suggested that "Malware, malicious code, trojans, viruses and other unwanted programs are now being released at a faster rate than that of legitimate software applications".

Prevention is ALWAYS better than a Cure

One of the most essential things to have installed on your computer is an up to date and effective Malware and Virus protection program (anti-virus software). There are a huge number of products on the market, including a range of freeware programs as well as commercial software that requires the user to buy a license. At ExpatTech we recommend NOD32 from the commercial software range, and among the freeware programs we recommend either Avira, Avast, or AVG Free. These programs are relatively unobtrusive and use a smaller amount of system resources than competitor's products. Other robust products that we recommend are Kaspersky and ZoneAlarm, the latter of which has a very effective FireWall product included. A complimentary program that provides a wide range of protection is MalwareBytes Anti-Malware. An advantage of this program is that the license fee is a one-off charge for a lifetime license, unlike virtually all other anti-virus programs that charge annual subscriptions. 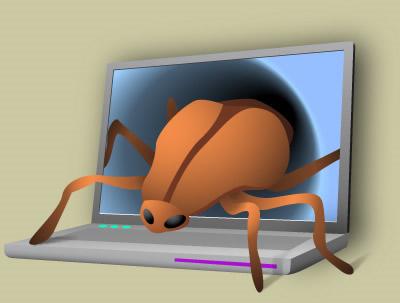 While most malware can be cleaned off your system, some infections such as RootKits and variants of Trojans are deeply embedded and resist all attempts at removal, even in parts of the hard drive that cannot be formatted (the MBR or Master Boot Record). In these cases the solution is to copy all the files and data on the computer, reinstall the operating system and relevant programs, and copy back the data. All of which is a time-consuming process, and as programs cannot be copied directly from Windows environments you need the original installation files or discs, which may mean losing or re-purchasing valuable software. All of which are powerful arguments for good anti-virus protection and safe internet use!

What to do if your computer IS infected with Malware?

If you suspect or know for sure that you have been infected, disconnect your computer from the internet, and shut it down, and get in touch with us straight away. The best way to clean a computer is by isolating the malware or virus infection on the hard drive of your local machine. In general at ExpatTech we will remove the hard drive from your computer and attach it to one of our machines equipped with powerful malware and virus removal software in order to begin the cleaning and removal process.

Some infections such as Trojans and RootKits require specialist attention, beyond even our experience at ExpatTech. We are members of several specialist forums where we can get expert assistance from moderators and staff at malware and virus removal companies. Often this process can take several days and require multiple runnings of specialist programs and custom scripts in order to completely remove any infections. This is due to the nature of modern malware that is programmed not only to replicate but to do so in such a way that each infection is individual and unique, requiring customized solutions for their removal.

The cost for removing malicious software varies according to the exact infection and the complexity of the procedure that needs to be followed for the removal, and therefore the amount of time spent working on it.

The costs vary between 8 - 15,000 forints for cleaning your computer of all malware and virus infections.

The type of malware known as a "Trojan" or "Trojan Horse" has become increasingly common in recent years. For a full discussion of what these infections are see our section on Trojans further down this page.


A good example of a Trojan is Antivirus 2009, Antivirus 2010, Antivirus XP, Antivirus XP Pro and other variants. These programs masquerade as anti-virus software, and pop up unannounced, claiming to have detected an intrusion or infection on your computer, when in fact they are themselves Malware. These programs run a "scan" of your computer, announce that a number of infections have been found, and exhort you to buy the software in order to remove them. Other tactics include adding a browser helper to Internet Explorer stating that an infection was found, or adding in a small box on Google's main search page that also tells you Google has detected an infection. The branding of these Trojans cleverly uses trusted symbols such as the Microsoft logo and the Google homepage, designed to lull the user into a false sense of security.

Trojan agents that are prolific nowadays include:

This term is a shortened form of MALicious softWARE, and describes programs that are intended to infiltrate, alter or damage a computer system without the the consent of the user. This is a generic expression coined by computer professionals to define a wide variety of intrusive, hostile, damaging, annoying or dishonest programs, code and software. Amongst the general public "computer virus" is a term that is often used as an all inclusive phrase to describe all the varieties of malware, including what are actually true viruses.

Programs and software are classed as malware not because of any distinguishing features, but rather the intent of the creator - to compromise a user's computer system. This term malware includes all forms of computer viruses, worms, trojans or trojan horses, rootkits, spyware, adware, crimeware and any other malicious and unwanted software.

The term computer virus has gained widespread usage as a catch all phrase to desribe a multiplicity of infiltrations and infections, but the true definition of a computer virus is "a program or software that has the ability to replicate or copy itself and infect a computer without the permission or knowledge of the owner"

The term "virus" is also commonly but erroneously used to refer to other types of malware, adware, and spyware programs that do not have the reproductive ability. A true virus can only spread from one computer to another (in some form of executable code) when its host is taken to the target computer.

A Trojan horse, or trojan for short, is a term used to describe malware that appears, to the user, to perform a desirable function but, in fact, facilitates unauthorized access to the user's computer system. The term comes from the Trojan Horse story in Greek mythology. Trojan horses are not self-replicating which distinguishes them from viruses and worms. Additionally, they require interaction with a hacker to fulfil their purpose. The hacker need not be the individual responsible for distributing the Trojan horse. It is possible for hackers to scan computers on a network using a port scanner in the hope of finding one with a Trojan horse installed.

A computer worm is a self-replicating computer program. It uses a network to send copies of itself to other nodes (computers on the network) and it may do so without any user intervention. Unlike a virus, it does not need to attach itself to an existing program. Worms almost always cause at least some harm to the network, if only by consuming bandwidth, whereas viruses almost always corrupt or devour files on a targeted computer.

A rootkit is a software system that consists of a program or combination of several programs designed to hide or obscure the fact that a system has been compromised. Contrary to what its name may imply, a rootkit does not grant a user administrator privileges, as it requires prior access to execute and tamper with system files and processes. An attacker may use a rootkit to replace vital system executables, which may then be used to hide processes and files the attacker has installed, along with the presence of the rootkit. Access to the hardware, e.g., the reset switch, is rarely required, as a rootkit is intended to seize control of the operating system. Typically, rootkits act to obscure their presence on the system through subversion or evasion of standard operating system security scan and surveillance mechanisms such as anti-virus or anti-spyware scan.